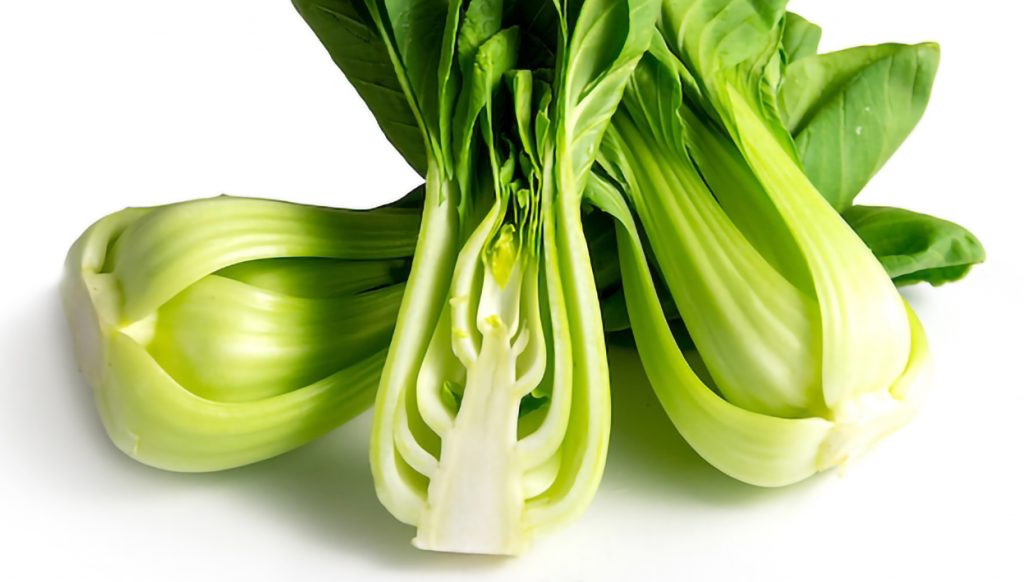 One thing I’ve noticed in writing all of these blogs is that I have an affinity for certain vegetables or families of vegetables. I’ve also noticed that some vegetables I tend to forget about or overlook when shopping or planning meals. Now that I’ve realized my own food biases I can hopefully address them. Also, I hope that everyone who reads these blogs feels the same way and commits to making similar changes. Let’s be adventurous together!

So, now that I got that out of the way, let’s talk about bok choy. This is one vegetable that I have a huge affinity for and will greedily snatch it up at farmers markets in the Spring and Fall. You can get it at regular grocery stores year-round, but I personally love it when it’s super fresh and so I tend to splurge when it’s in season. I love the difference in texture between the leaves and the stem/stalk; the taste is so light and refreshing. Plus, small bok choy, particularly of the Shanghai variety, are just SO CUTE!!

Anyway, I love me some bok choy and, hopefully, you will to after we’re done learning how to prepare it.

Bok choy (also commonly written as bok choi, bak choy, or pac choi) is a traditional variety of Chinese cabbage that is often used as a stir-fry vegetable. In fact, bok choy one of the most popular vegetables in China where it has been cultivated for more than 5,000 years. Bok choy is sometimes referred to as a “soup spoon” because of the shape of its leaves. The name bok choy translates to “white vegetable” in Cantonese and dai bok choy translates to “big white vegetable” and refers to bok choy’s cousin, napa cabbage.

Bok Choy is an excellent source of vitamins A, C, and K. It is also a good source of folate, vitamin B6, and calcium. As with most greens, it is also low in Saturated fat and cholesterol. Bok choy also has an incredibly high nutrient density, in fact, it is considered one of the most nutrient-dense vegetables.

When buying bok choy, you should be aware of the variety. True bok choy has white stems and the leaves are dark green and can become crinkly as it grows. Shanghai bok choy has lighter green smooth leaves with pale green stems. True bok choy tends to be more expensive and flavorful but Shanghai bok choy is more commonly found in America. Look for bulbs that have relatively firm stems and minimal wilting leaves. Sometimes you’ll find bok choy leaves with lots of tiny holes — this is just minimal bug damage and the bok choy is still perfectly good to eat.

Wrap bok choy in a damp towel or put it in a plastic bag and place it in the crisper drawer of the refrigerator. Bok choy leaves will lose integrity and wilt if allowed to dry out, so you may have to replace the paper towel. Store it for up to 1 week.

Fill a sink or bowl with cold water, dunk the bulb of bok choy upside down several times, and then lightly shake and let dry. You can also break the leaves off of the bulb, rinse them individually under cold running water, pat the leaves with a towel, and then let them dry. No matter which method you use, the purpose is the same. You want to remove any soil that might be in some of the crevices of the bok choy and rinse off any garden pests.

Raw: slice or chop the leaves and stems and add them to salads, toss them into slaws, or use as a topper for tacos. Toss the chopped leaves into soups, hot noodle dishes, or steamed rice. You can even use the whole leaves on a vegetable platter with hummus or dip.

Steaming: place the leaves in a pot with a steamer basket over an inch of boiling water. Cover the pot and cook for 2-5 minutes, or until the leaves are tender. The leaves will cook first so you can remove the stems from the leaves and steam them separately. Obviously they will have different cooking times so be sure to keep an eye on them. You can also steam entire small heads of bok choy.

Sautéing: toss the whole leaves into a skillet or sauté pan with some sesame oil and cook over medium heat for a couple of minutes until the leaves wilt. Be careful not to overcook the leaves. If you want the stems to be more tender cut stems from the leaves and begin sautéing them first and then add the leaves once the stems are almost done.

Stir-frying: separate the bok choy stems and leaves, place the stems in your hot pan with some oil and other vegetables, cook until tender (or until meat is cooked through) and golden brown, then add the leaves at the end. Serve with noodles or rice.

Grilling: pull whole leaves off the bulb of bok choy (the bigger the leaves the better) and lightly brush them in a mixture of sesame oil and lemon juice. Place them on the upper rack of your grill or around the edge of your single rack (you don’t want them over direct heat). Grill them until they have some nice char marks and are a vibrant green. Use them as a bed for grilled chicken or fish or serve as a side with some lemon garlic yogurt. You can also grill heads of bok choy that have been cut in half lengthwise.