If you have peeked ahead in your TLC Farmer calendar, you already know something about Jen and Andy Miller, owners of Rush Creek Farm in Sidney, Illinois. The day I was out talking with them last summer was one of those perfectly beautiful Midwestern sky days, so the photos will do most of the talking, but I will fill in a few of the details. 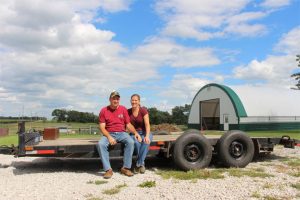 Andy grew up on a corn and bean farm, but when he left for college he was pretty sure that his farming days were over. His wife, Jen, had never farmed before, but wanted a place where she could have horses. When they bought a house with enough ground for horses, they realized there was a lot more they could do with the 15 acres they ended up owning. 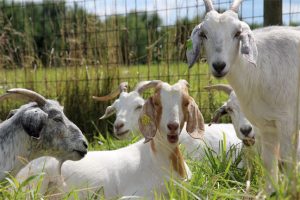 As things turned out, they were in the goat and chicken business before the first horse ever arrived on the farm. They ended up building the farm around the money producing animals. They raise goats for meat, and have a laying flock for eggs. Goat meat presents a bit of a challenge to market because Americans tend not to eat goat meat. 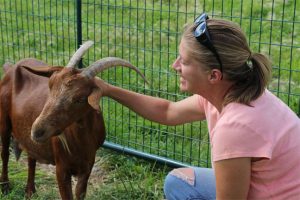 Jen and Andy also have to educate their customers on how to cook it, because the meat tends to be tough if you don’t cook it properly. But once people learn how to cook it, they love it. As for the eggs, the marketing plan was pretty simple; they put a sign out in the front yard. And in no time they were at capacity, and had to take the sign down! 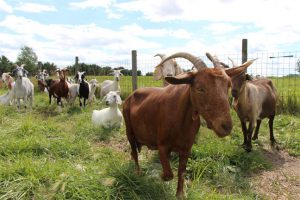 For now the farm is as big as it is going to get since both Jen and Andy have off-farm jobs– Jen is a small animal vet, and Andy is a mycologist. And since they don’t grain the goats, because they try to keep the system as natural as possible, they are constrained by the acreage they have. 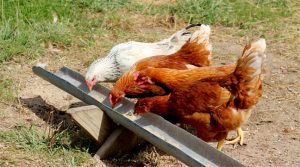 I asked Jen and Andy about what has been the most difficult part of being farmers, and aside from the physical things, like building fences, they both agreed that it is when there is a sick animal. But on the other side of that coin, the best part about farming is when things go well with the animals, “there is nothing better than coming home from work and seeing healthy babies nursing” said jen, “It is so great when they do it themselves, that is just the best.” And that is one of the reasons they chose the breed of goats they raise (New Zealand fullblood, purebred, and percentage Kikos as well as commercial Kiko/Savannah/Boer crosses),because “they are good at having babies.” 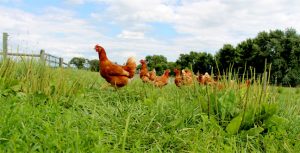 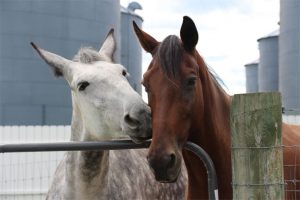