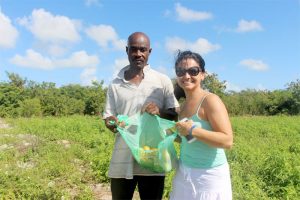 I was far away from the fertile soils of central Illinois, on a warm beach in the Turks and Caicos Islands, a group of primarily limestone islands that fall at the southeastern end of the Bahamian Island chain.While I was there I visited the government farm on North Caicos, and got to see first hand some of the challenges that the farmers (and the consumers) of Turks and Caicos Islands face when it comes to growing and consuming their own food. Although North Caicos is considered the lushest of the island chain because it has the most fertile soil and the most rainfall, it was still difficult to find the soil between the rocks. The crops were planted in alkaline soils  between rows of rocks that had been removed and piled in place. 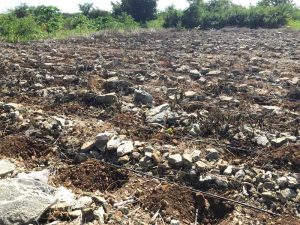 A highlight  our tour of the farm was to meet the herd of about 60 goats that are there provide a steady source of compost for the farm. When I asked our guide what kind of goats they were, he answered “ Some are French, and some are American.” 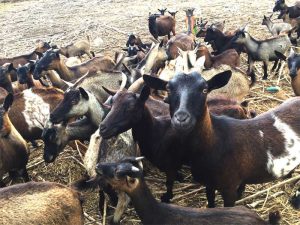 The Turks and Caicos Islands import over 90% of their food now, but they are trying to change that. The farm is experimenting with what crops grow the best, and are hoping that farming will be part of the economic development of the islands.  As we continued our tour we learned about what they are able to grow, and our guide picked what ever was ripe for us, including tomatoes, eggplant, papayas, squash, and corn. There were also cucumber seedlings, okra plants (no fruit yet) and mango trees. 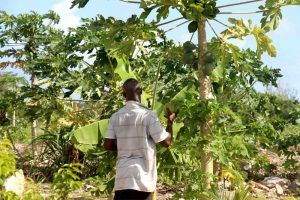 I returned home to negative temperatures and gray skies, but very excited about what our Illinois soils are holding for me while I wait for spring to come. 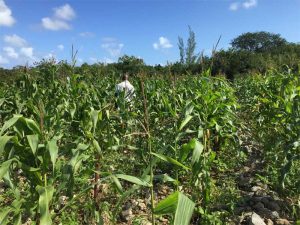