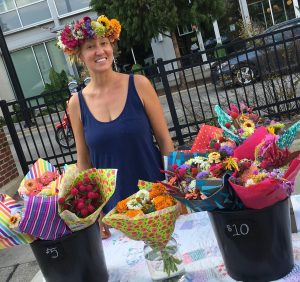 My little corner of the world is small but mighty. It’s a deep lot in Old Town Champaign on a brick-paved street. All in all, it’s about ⅛ of an acre, including the house. What it lacks for in square footage, it provides in diversity and abundance. It’s mid-March and I can count over 40 species of perennial plants coming up around the yard. What started as an all turf grass lawn, has slowly been transformed into a productive market and home garden. This land isn’t meant for a produce/consume relationship or an endless cycle of yields for me to sell or eat. (In fact, I don’t even own it, I’m just taking care of it for a while!) It is a partner and caretaker of the humans and wild creatures that live on or near it. The possums, raccoons and squirrels that love to eat my untidy compost. The garter snakes that sun themselves on the herb garden stepping stones. The wrens that build a nest each year in the birdhouse hanging from the redbud tree. The humans who live, play, work and eat against a seasonal backdrop of an urban garden.

The space has been reinvented several times. First, when I created two 8×3 garden beds in an all turf grass backyard. Then, when I added more beds. And more. And more! Beehives were added, then a few years later, chickens joined in. At first it was a place to grow vegetables for sale at the Urbana Market, which I did for 4 summers. I took a break in 2014 and was part of the Champaign County Master Gardeners annual Garden Walk. It was the first garden to feature vegetables instead of ornamentals and it was a hit! I love planning, planting, harvesting and selling for Market but I knew that veggies weren’t my thing. So, I translated lessons learned from growing vegetables to growing flowers, and it was a success. But growing in town poses its own set of problems, namely that I ran out of space real quick.

In 2015, the first year of the Tuesday Champaign Farmers Market, I expanded my space to grow on an old farm in Champaign (near Centennial HS). The arrangement with the landowner allowed me to grow all of the flowers, and veggies, that I could want! For a couple of years the flowers flowed and I supplied markets, weddings, custom orders and weekly restaurant deliveries. When the homeowner told me they were selling, I was heartbroken, knowing that I couldn’t afford to buy the property at the time. So I went looking for more space and found it! 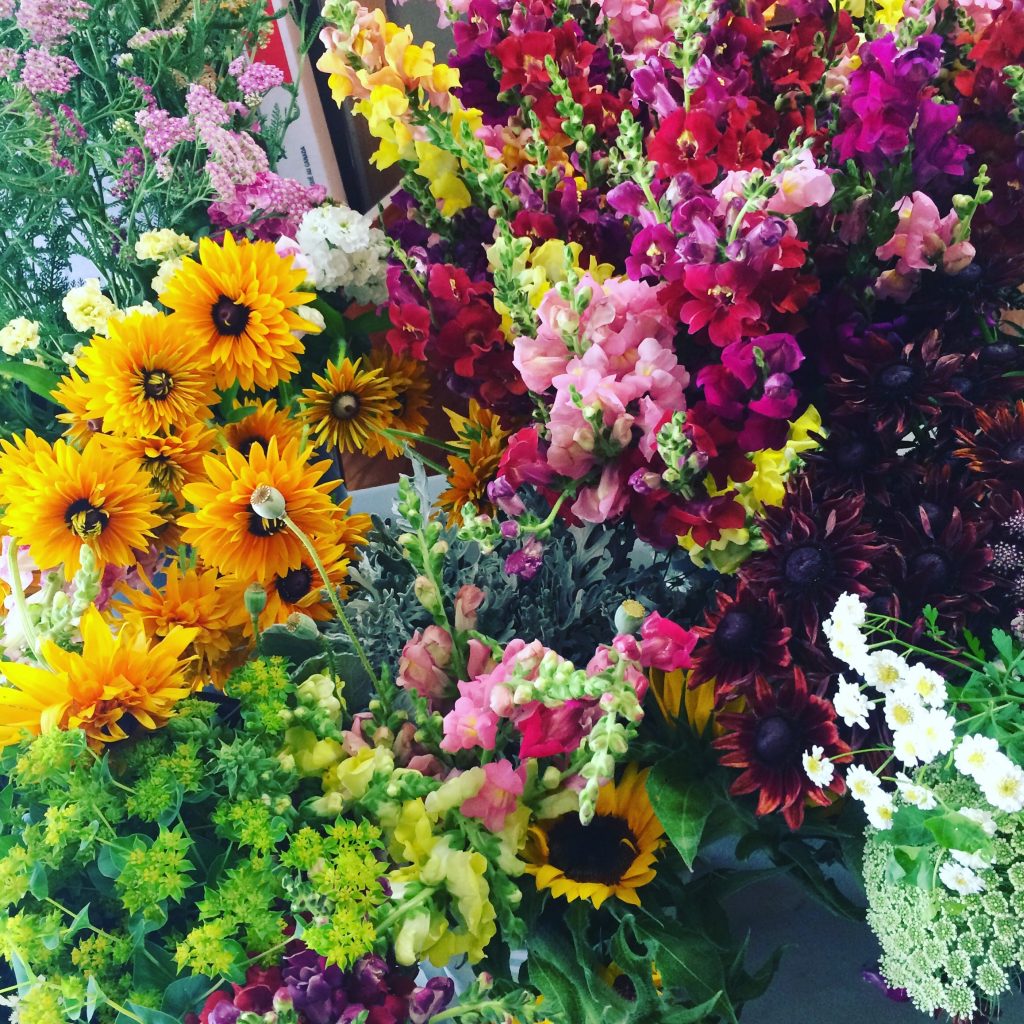 I took over a couple of (100 foot) rows at Sola Gratia Farm in Urbana for two summers. This was a great deal because their bed prep, plastic mulch and watering were all done mechanically, leaving me to concentrate on planting and harvesting. I loved being at the farm and got to witness the beginning transformation from conventional row crops to sustainable growing on their new plot of land. Sola Gratia Farm is a true role model for urban farming and for growing food for underserved populations.

During all of these changes and transitions, I was working other part-time jobs and fitting in all the other ‘life stuff’ like being a mom, going on vacation and doing art. In 2019 I relearned watercolor and encaustic techniques and participated in the Boneyard Art Festival. As the events of 2020 unfolded, I realized the connection between my garden and my art could be more explicit, direct and meaningful. I started making inks, dyes and paints from my garden plants, and foraged for rocks, berries, nuts and leaves in my neighborhood. As in most new endeavors, there were lots of failures and some successes. But I was instantly bewitched by making color from Nature: gathering, grinding, cooking, sieving and steeping. The smell, sight and feel of the whole process is a lengthy, alchemical journey; a time consuming process that requires much of patience.

In the end, my urban garden has provided me with many things. Honey, eggs, vegetables, berries, herbs and flowers. But it has also brought intangibles, like shade on a hot summer day, peace from sitting under a clematis covered arbor and the hum of pollinators in my herb garden. When I paint a watercolor or dye a garment with materials gathered from my garden (or compost pile!) there’s a deepening of meaning. There’s a completed connection between the land and human expression that’s been explored since humans have existed. As I watch my garden grow and add more plants to become dye/ink/paint, I’m excited for the endless possibilities for making that connection.