Last weekend, I put in a dedicated effort to explore the cultural landscape of Champaign-Urbana.  I attended an annual event called Pecha Kucha night at the Krannert Center for Performing Arts where nine speakers were given seven minutes each to present a speech on a topic of their choosing. 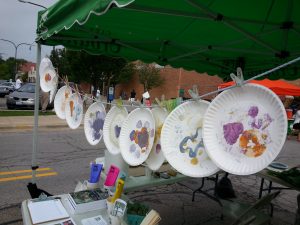 Each of the speakers used his or her time wisely, holding the audience’s attention despite the steady flow of wine. And I, too, paid rapt attention to each speaker, excited to learn about the passion that runs through the veins of this town. And did I ever.  I found out about programs like Outta the Mouths of Babes, an organization that teaches kids about digital media, encouraging them to speak on radio shows and share their opinions and views.

Another similar program, Pens to Lens, sent out a call for screenplays written by kids and teens across Illinois.  Local filmmakers and graphic designers then chose their favorites to create full-fledged short films and gripping movie posters inspired by these screenplays.

I found myself at the Pens to Lens film screenings the very next night. I’m sure you can imagine the smiles that shined across the faces of these young writers as they saw their ideas blossom on the big screen of the Virginia Theater.  And I’m sure you can imagine how the hearts of the audience warmed seeing the dreams these children fulfilled. And it’s no wonder.  We all recognize that children are the future of our communities, our businesses, and our world.  And when these young minds can see the physical fruits of their imaginations, they will grow up knowing that they can make dreams into reality. 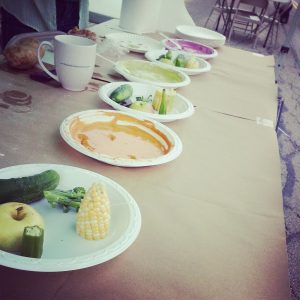 I remember feeling a twinge of envy as I saw these hilarious, touching, and action-packed films play out. Envy that I had never taken advantage of opportunities like these as a child, envy that my imagination had been stifled by adulthood. As I reflected on these self-deprecating thoughts, I realized that I was doing what so many of us do in adulthood: over-thinking and giving up. But as I watched “The Fast and the Furious 8” play on the screen, I saw that I had something wonderful to learn from these young writers.  The biggest thing stopping us from making dreams into reality is ourselves. But creativity and imagination do not stop after childhood, in fact, our capabilities for creation (and implementation) grow stronger all the time.  It is the reason that our Farm Dreams class leads into a Farm Beginnings program, and the reason so many of our graduates have succeeded in starting to build the dreams they originally sketched out in crayon and colored pencil at our workshop.

As I watched the children create works of art at our Art at the Market tent at the Urbana Market this weekend, I took note of how passionately they worked towards creating something beautiful out of their limited supplies of eco-paint, paper plates and cut up vegetables (many of which they couldn’t even name). I watched them focus on the task at hand and, when they were finished, look with pride on what they were able to create. Not one thought “How could I possibly make art out of this?” (as I initially did). Yes, children are our future, but we are our present, and maybe we could stand to learn a few things from them.