Last week I flew out east to attend the first ever National Direct Agricultural Market Summit, organized by the USDA, Farmers Market Coalition, Farm Credit Council, Food Distribution Research Society and National Value Added Conference. Held in Arlington, VA, the Summit was designed to pull together farmers market managers, leaders of statewide farmers market organizations, representatives from several divisions of the USDA, researchers, entrepreneurs, market related service providers, and other business and community representatives involved in local food. We were selected to display at the poster session and put together a poster highlighting the ways we have combined project support from various USDA grants to bolster market sales for local farmers and improve access to local food in our community. 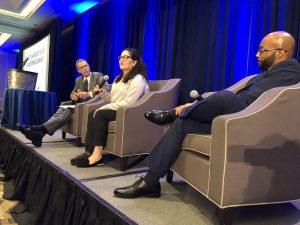 Admittedly, going into this summit, I was a bit worried that some of the sessions might feel like other conferences I’ve attended over the past few years. Fortunately it turned out to be an opportunity to learn more about topics that hadn’t been covered at what I’ve attended before and to really engage with presenters beyond just learning about their programs. It felt like there was a real range in attendees, from people involved in both small and large farmers markets. This variety was the most valuable part of the experience for me. I had the chance to talk with managers of large markets that have served as the incubator for well-known companies like Justin’s Peanut Butter, Izze’s soda, and Noosa yoghurt that now sell nationwide, but also meet managers of markets smaller than mine. The diversity of experience was really helpful, especially as someone who manages a pretty small market. Presenters made an effort to talk about how the experiences might differ for large and small markets, which definitely made the talks more engaging.

My biggest takeaway from the sessions and plenaries was a real need for cooperation among farmers markets, researchers, organization, agencies, and businesses so that we’re not all reinventing the wheel over and over and we can build on the work that’s already been done in support of local foods. One example comes from a session on technology resources, specifically APIs (Application Programming Interfaces, which are programs that help communicate data from one website or server to another). The session got technical at times, but ultimately we were really able to get into a discussion on the importance of communicating what’s already out there and getting many of the market/farmer/local food databases to join forces, so that as managers we’re not constantly updating 15 different directories with our market information (which is why info is so often out of date, because there are so many directories, community calendars, and websites that list our info, as managers we often forget where all we’ve signed up).

This leads to the other big need identified by a number of speakers, in particular Arthur Neal, Deputy Administrator of the Transportation and Marketing Program for the USDA Agricultural Marketing Service: the need for large scale data collection on direct markets for local food across the country. One plenary highlighted a couple of different ways markets and organizations have been successful in collecting data (one of the speakers was our good friend Corey Chatman of Experimental Station and the Link Up Illinois program). They addressed their own successes, which were all very different, and this highlighted the scale of the problem and the need for more information. We know that there is a large-scale consumer demand for true local foods, and to get more buy-in that supports those of us who are truly providing local food (and not just marketing local-ish/regional-ish products to capture those sales), we need to be able to concretely show what a healthy local food system provides for farmers, consumers, and communities. 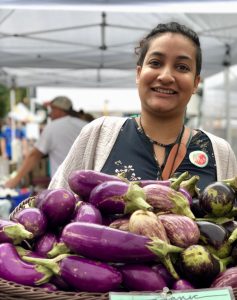 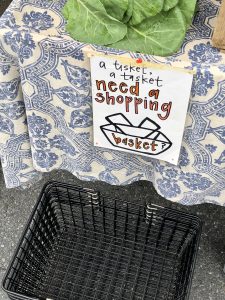 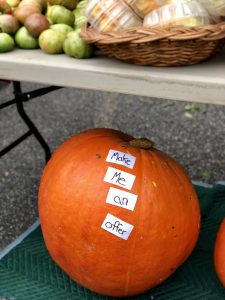 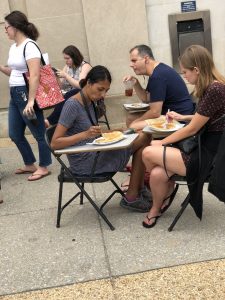 Networking was the other major highlight of the event. This was a really friendly gathering, and the organizers did a good job creating activities to help facilitate conversation among new people. The pre-conference day on Sunday started with a tour of the Dupont Circle Farmers Market in Washington, DC. The buses were divided into groups of attendees based on common experiences, and I boarded the FMPP bus–with other market managers who had received USDA Farmers Market Promotion Program grants. The drive over to the market took about half an hour and gave us a nice chance to chat with each other about projects that were in progress or applications people were waiting to hear on. At the market itself I got to wander the stalls with Stephanie, my former market right hand. Stephanie now works with the Farmers Market Coalition, and the market was a great place to catch up. The Dupont Circle market offered a wide range of products and creative marketing ideas, including a maple syrup booth that was cooking up huge fluffy pancakes to hook shoppers on their syrup (and they provided little desks people could sit at right next to the booth to eat their pancakes so they didn’t wander too far before they realized they’d be wanting a bottle of that syrup too. 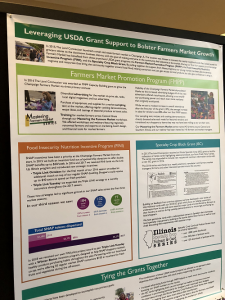 Through these activities, the lunches and dinners, and the poster session I got the chance to meet people from a number of markets and farmers market organizations all across the country. We got a great response to our specialty crop cards (I handed out sample packs during the poster session), and I had a number of good discussions with people about SNAP incentive programs and how to engage more shoppers. After a pretty heavy year for The Land Connection, it was also really encouraging to get such a positive response to the number of USDA grants we’ve already received, and the work we’ve done as a result. The grants all trickle in at different times of the year, and it’s not often we take a step back to look at the total picture of investment we’ve received from the USDA in our programming. Taking a moment to do that as I spoke to people, I was really struck by the degree we’ve received buy-in from government agencies in support of our work. The market alone has benefited from the FMPP, the Food Insecurity Nutrition Incentive (FINI) grant, and the Specialty Crop Block Grant–and when I spoke to one representative from the USDA Agricultural Marketing Service, he was blown away that we’d managed to secure this much support as such a young market. And that’s just the tip of the iceberg; we’ve received a number of other very competitive USDA grants in recent years to grow our farmer training work, and the chance to take a moment and bask in that was also a nice moment at the summit.All bragging aside, what was truly valuable about getting to share this work, was learning what others were doing and how we can potentially join forces and expand on each other’s projects. There was a real sense of community and collaboration at this summit, and I hope the connections we made will continue to grow throughout the year and next time we all get together!