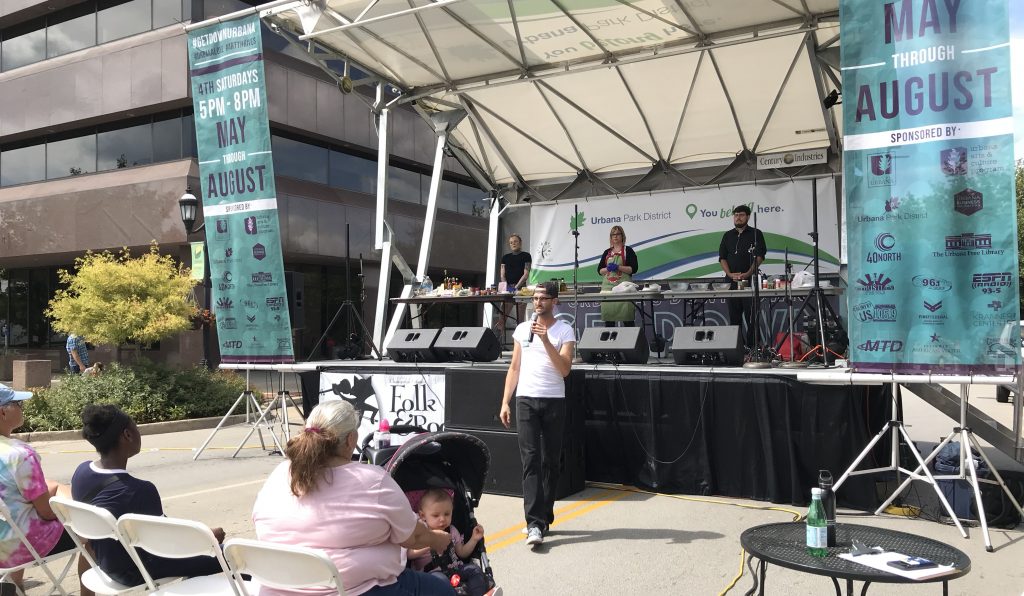 On Saturday, The Land Connection hosted Sliced & Diced: A Home-chef Cooking Competition, pitting 3 local home-chefs against each other in a local food Battle Royale. The saga unfolded on-stage at Urbana’s Sweetcorn Festival between Sarah Beal, Summer Prescott, and John McNally. Each chef brought their own equipment, spices, oils, starches, and pre-prepared proteins. Their task was to prepare a dish using all of the ingredients in the identical bags of local produce they received on stage. 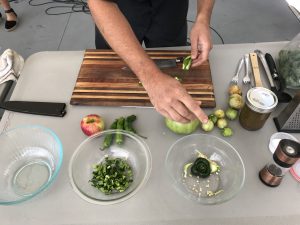 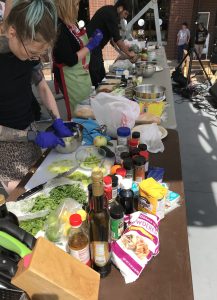 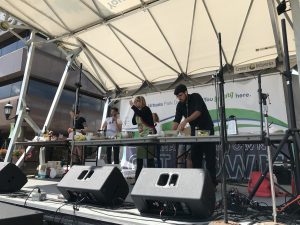 The chefs had 25 minutes to prepare their dish in front of the eager audience as they were watched and scored by judges Diane McNattin (Hendrick House) and Brenda Welch (University of Illinois – Unit Manager LAR Residence Hall). They were judged on technique, presentation, flavor, use of ingredients, and creativity. 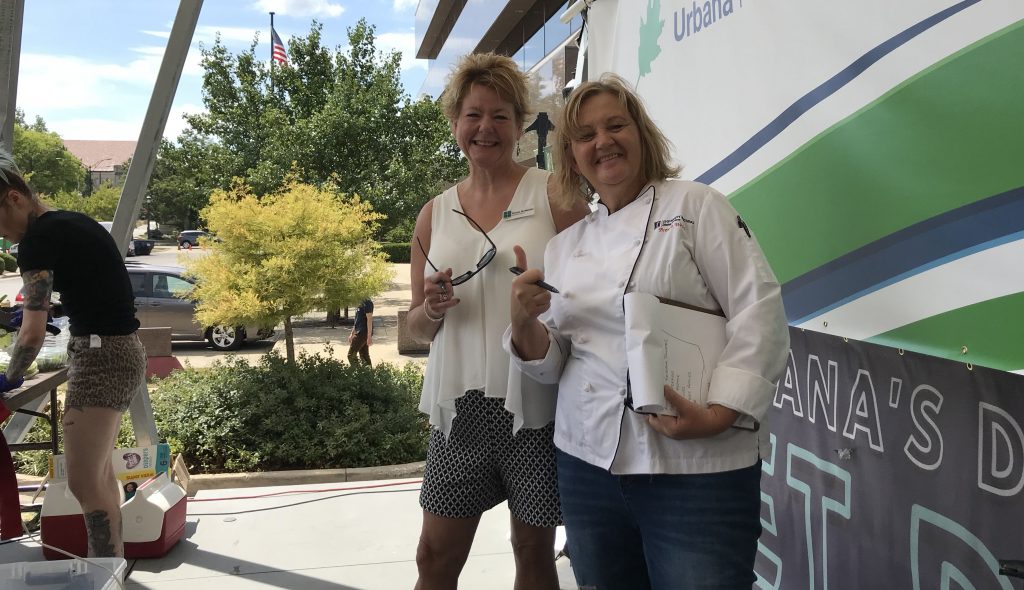 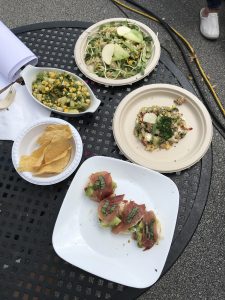 After taste-testing all of the dishes and discussing the results, the winner was announced — Summer! Summer won 2 tickets to this year’s Artisan Cup & Fork, a ceramic knife donated by Art Mart, and an engraved cutting board made and donated by Jeff’s Design Shed.

Next year we hope that we can have 2 rounds of competition and possibly a junior home-chef competition!! Make sure to grab your tickets for this year’s Artisan Cup & Fork taking place September 21 from 6-9pm at Bluestem Hall in Urbana. 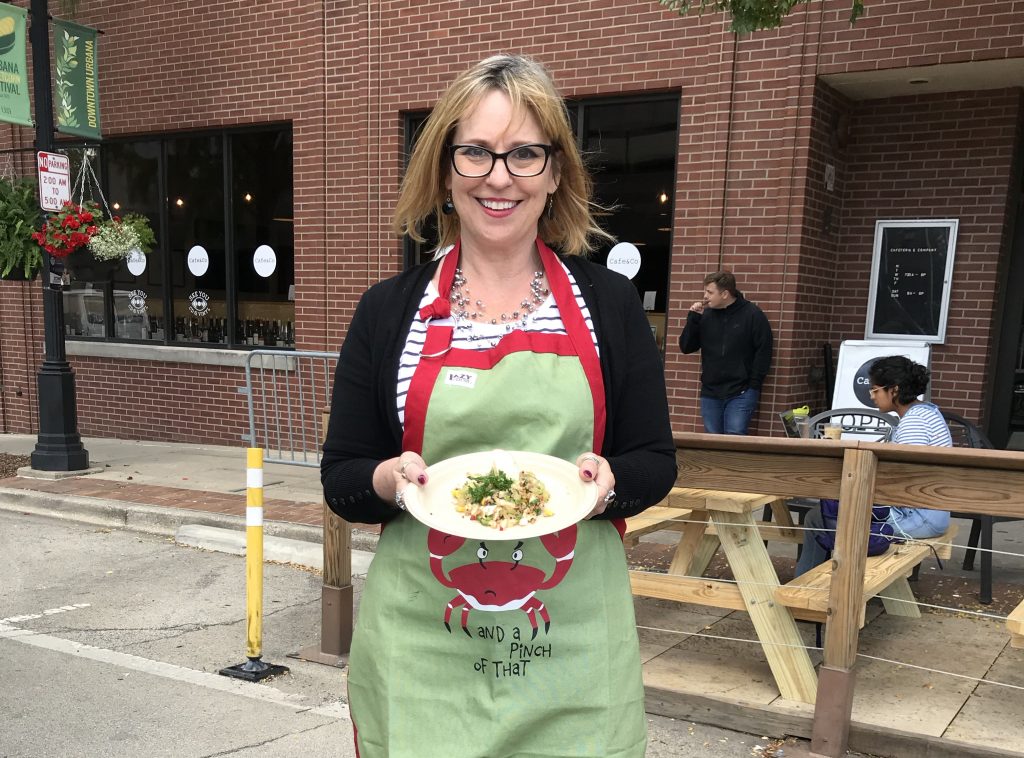