What an event! If you were able to attend this year’s Artisan Cup & Fork, then maybe you are having similar feelings: excitement, delight, enjoyment, joy, and the list goes on and on. It may be bias, but we simply can’t imagine a better environment or community of people to celebrate our local food system. 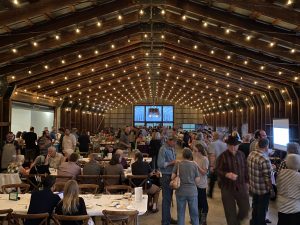 This year, the Artisan Cup & Fork was held at Bluestem Hall, which is located on the border of Urbana and Savoy. The Land Connection chose this venue because we fell in love with the building and surrounding prairie conservation area, but after meeting the owners Abbie and Tim Frank, we also fell in love with them! The Franks have done an incredible job transitioning Abbie’s family farm shed into an amazing space that truly captures the natural beauty of central Illinois.

Over the past few years, TLC has been working to build the Artisan Cup & Fork into our area’s biggest celebration of local foods. The event showcases local chefs, farmers, and producers through a chef competition. We create teams for the event that are led by a chef and include dairy, meat, and produce farmers and producers. Many of the chefs choose to feature local grain producers as well and, this year, we were thrilled to have a micro-green producer on many of the teams. Based on feedback from our attendees last year, we decided to build a brewery competition into this year’s event. We were excited to have four brewers interested in competing to create the most local beer using regionally grown hops, grains, herbs, and produce.

The food, drinks, and other farm products are what truly made the night. Here is a bit about the people behind the event, as well as the delicious food and drinks they served guests.

FOOD
Team 1 – Chef Ryan Rogiers
Chef Ryan Rogiers is the owner and head chef of The Wheelhouse in St. Joseph, Illinois. He cooked slow roasted pork with vegetables and sitting on cheesy grits. 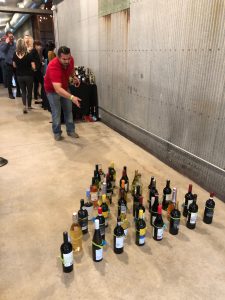 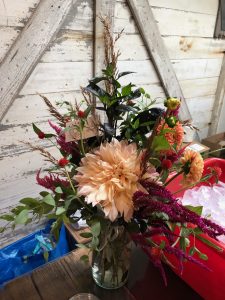 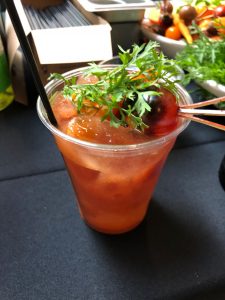 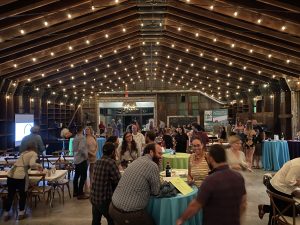 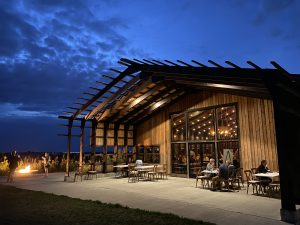 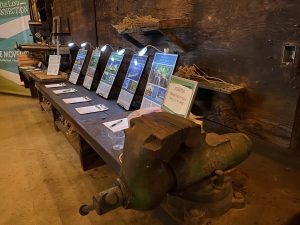