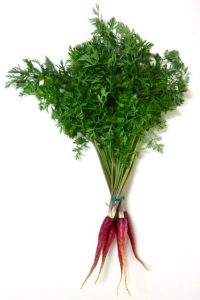 We need food in order to live. And we need what food needs in order for it to live: soil, water, sunshine, air, and an entire interconnected web of life.

Maybe it’s because of what my parents named me, or maybe it’s because I talk with farmers and farmland owners, but I’ve been thinking a lot about the precious life-giving resources of soil and water. Some of my thoughts made it onto WBEZ radio last week, and into the Bloomington Pantagraph, and in the Champaign News-Gazette.

But here’s what I’ve been thinking about lately:  the suffix –cide. As in genocide, homicide, fratricide, and suicide.

No matter where I’ve driven across Illinois the past week or two, I’ve seen “crop duster” airplanes and helicopters dropping their pesticide payloads.  Although we call them pest-icides, they are more accurately bio-cides, life-killers.  They do not kill only the “pest,” but all living things within the target category, whether that is broad-leaved plants, or fungi, or insects.

An insecticide kills not only the bean beetle or the rootworm, but all the beneficial insects that keep the problem species in balance. And it kills the many insects that feed our birds, and that feed us through their work pollinating our fruits and vegetables. And it kills the beauty and wonder of a monarch butterfly, a luna moth, and the fireflies that rise like a blessing on a summer evening.

Herbicides kill not only broadleaf “weeds,” but can drift or be volatilized and then descend to kill a neighbor’s grapes or pumpkins.  And as weeds naturally become resistant to the current herbicides, more toxic cocktails are devised in the escalating arms race. And so the killing continues.

Although the world we live in is a complex, interconnected web of life, when we force it to drink the elixir of death—all those –cides—we humans too are drinking that same elixir. As Wendell Berry writes, “Most of us are still too sane to piss in our own cistern, but we allow others to do so, and we reward them for it.  We reward them so well, in fact, that those who piss in our cistern are wealthier than the rest of us.”

Dumping herbicides, insecticides, and fungicides on nearly every square inch of our state’s 37 million acres of farmland is pretty much the definition of “pissing in our cistern.”  The poisons seep into our wells, and are directly delivered to the rivers, streams, and lakes that provide water to many municipalities.

Not only that, but so many billions of pounds of pesticides have been used that they are part of the hydrologic cycle, falling back to earth in the rain itself.  An analysis of rain in four agricultural areas (Indiana, Nebraska, California, and Maryland) found two herbicides, atrazine and metolachlor, in every single sample, and five other pesticides were found in over 50% of the samples.

Shakespeare’s “gentle rain from heaven” is now toxic, and so it’s not terribly surprising that pesticide metabolites are found in our bodies, including in children’s urine and mother’s breast milk.  Even more damning, higher rates of birth defects (often fatal) are found in babies conceived during the months of heaviest agricultural chemical applications, adding yet another –cide to the list, infanticide.

And of course the bio-cides are also in the food we eat.  Recently the maximum allowed residue levels for glyphosate increased 10-fold – not because it’s safe, but because those are the residues now present in most processed foods made of grains that are not raised using organic practices. 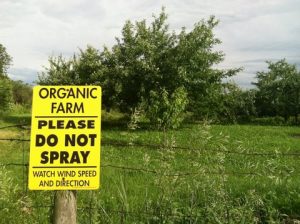 With man-made death raining from the skies, despair is never far behind.  But the only antidote to despair I know is action–positive, life-enhancing action.  This is what The Land Connection engages in every day, whether through our Central Illinois Farm Beginnings classes, or our outreach at farmers markets. And we are not alone.  Similar organizations across the country, as well as some university researchers, are finding ways to work with nature and its life force to reduce the toxic burden of –cides.

Some of the answers are as simple as the time-tested practice of crop rotation.  The long-running Marsden study in Iowa shows that simply putting a year of wheat or oats in with a corn/soybean rotation breaks pest cycles and vastly reduces the need for expensive chemicals. And a recent comprehensive scientific analysis shows that organic food has more of the antioxidant compounds linked to better health than regular food, and lower levels of toxic metals and, yes, pesticides. 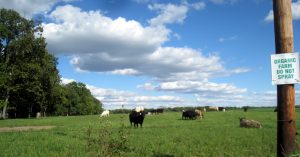 Change is never easy, but life itself is a process of continual change, and it is time to kill the –cides before they kill us.

In their place we can put practices that mimic the bio-diverse, revitalizing, and vivifying ways of nature herself.