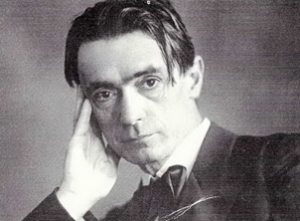 Regenerative Organic: What would Rudolf Steiner Do?

When it comes to Regenerative Agriculture, I find myself wondering, “What would Rudolf Steiner do?” Back in 1924, Rudolf Steiner was one of the first to come up with an idea for alternative agriculture. His idea for biodynamic agriculture was to look at a farm like a living organism.1 This idea and certification was a response to the deteriorating health of soil, crops, and livestock from the overuse of chemical fertilizers. While the efficacy of the science behind biodynamics has been debated due to the mysticism aspect and lack of scientific evidence, the philosophy of restoring, maintaining and enhancing ecological harmony through farming has lived on through this practice, as well as derivative practices. Most known of these practices is organic farming.

J.I. Rodale is widely known as the father of the modern organic movement in the 1940’s. He derived many of his ideas from the British scientist, Sir Albert Howard, in his non-chemical farming techniques. By the 1970’s, the first organic certifications were becoming popular, although they were decentralized, having no official standards.2 The Organic Foods Protection Act (OFPA) of 1990 established national standards for organically produced products. The act went into effect in 2002, and established the National Organic Program. Today, in addition to the certified organic label, there are a good deal of other labels for agricultural products and practices, both regulated and unregulated. Rodale Institute is pioneering a new label: Regenerative Organic Certified.

Regenerative Organic Certification is based on a foundation of three pillars:

These fundamental principles draw upon other certifications and standards, such as USDA Organic, Biodynamic, Fair Trade, AJP, Cert. Humane, and GAP 4+. The NSF released the recommended framework for the certification in September, 2017 (view here). The public commenting period closed at the end of the year and feedback is currently being reviewed. An updated framework is scheduled to be published in March, 2018, with a pilot program on the way.
What’s in it for Agriculture?

The idea of regenerative agriculture is to go “beyond sustainable” and to improve the resources used, rather than deplete them. The goals Rodale Institute set out for the Regenerative Organic Certification are:

The benefits to the environment are one of the main motivations for this shift in agriculture. In 2014, Rodale Institute estimated that “if current crop acreage and pastureland shifted to regenerative organic practices, 100% of annual global CO2 emissions could be sequestered in the soil.”

The Regenerative Organic Certified label is designed to complement the already known Organic label, not compete with it. There are arguments that rather than introduce a new label, the organic label should become more strict. Some people fear that the term regenerative could become watered down and lose its meaning, much like the word sustainable. Will the label raise awareness about the three pillars of Regenerative Organic for the consumer, or will it get lost amongst other labels? What would Rudolf Steiner do? What do YOU think?